Blog How We Chat Integrations 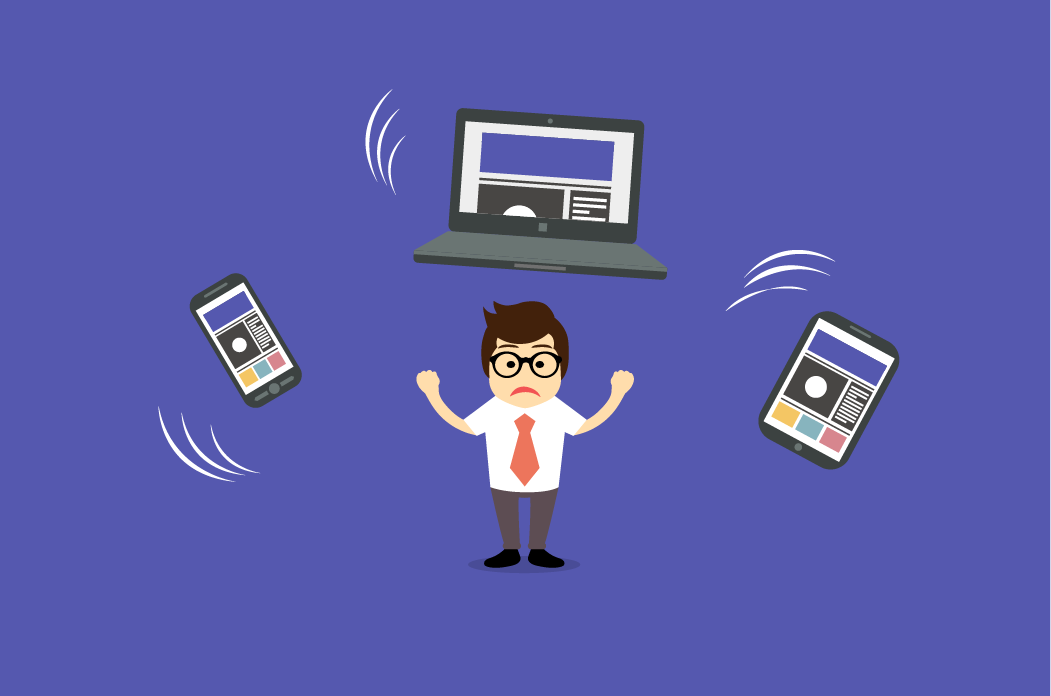 The post has 380k+ views since 2016 and we’re seemingly getting closer to a solution.

This post has been constantly updated as different workarounds and cries for help have emerged.

With Teams Connect, you’ll be able to share channels with anyone, internal or external to your organization.

Microsoft says “the shared channel will appear within an individual’s primary Teams tenant alongside other teams and channels.”

Teams Connect is currently in private preview mode but Microsoft has now confirmed it will roll out by Q2 2022. You can watch the full shared channels demo from Microsoft Ignite below:

You may also like: Ultimate Guide to External Federation

How do I manage multiple Microsoft Teams?

While the desktop version of Microsoft Teams doesn’t support the management of multiple Teams, you can use this workaround to manage multiple Teams accounts:

The plus side here is that you have access to all the tenants you need.

The downside is that you’re constantly switching between Teams and your browser.

You might also close your browser by mistake and have to start over.

Instead of opening a new browser tab each time you need to access a different Teams tenant, you could start a universal channel from your primary Teams tenant.

When you install the universal channels app in Teams, you can invite members of other Teams instances and chat with them as if they were in your tenant.

In the screenshot below, you can see Mio joining two tenants together so you can message between Micorosft Teams accounts without leaving your primary one.

You’ll still need to switch between tenants if you need to join regular meetings with them. But, for day-to-day messaging, universal channels save a heap of time.

You can install your first universal channel for free here.

As a partner, consultant or customer of a business that uses Microsoft Teams, you can be added as a guest to let you access files, chats, and information from the external company.

Keeping connected to external businesses is crucial to communication and collaboration.

On 4th August 2019, Randy Chapman, Head of Consulting at Enablit, posted a blog covering “How to add a second account to the Teams mobile app”.

Here he explains that Teams users on both Android and iOS now have the ability to add more than one account to the Teams mobile client.

How to switch between accounts on Microsoft Teams

You may also like: Microsoft Teams and Cisco Webex Teams: The Best of Both Worlds

The difference between SFB federation and Microsoft Teams guest access

In Skype for Business, you could turn on the federation option.

This allowed users to add external Skype for Business contacts in other companies, as well as standard Skype users.

This experience was perfect for users that had contacts that were customers, suppliers or any other form of external party.

From your Skype for Business interface, you have access to your internal contacts, external contacts and could group according to your personal preference or most frequently messaged contacts.

Important: federation and guest access are different scenarios. Federation allows chats with external tenants and shares presence information. Guest access requires switching to your secondary tenant (tenant you are a guest on) to access files and participate in team collaboration activities.

One to one federation in Microsoft Teams

Enabling federation in Microsoft Teams is just as easy as it was in Skype for Business.

By default, your tenant should be set to On.

Just toggle the button if not.

As you can see above, there are two options for external access.

The first allows Teams users to communicate with Skype for Business and Teams users.

You may also like: Microsoft Teams Chat With External Users

There have been various grumbles about switching between Microsoft Teams tenants in the Microsoft community.

Darrell-as-a-Service commented on the lack of simplicity in guest mode in his blog post Tenant switching between accounts ain’t fun:

“I find myself wondering when people will read and respond to my message.”

Darrell’s suggestion echoes most of the Microsoft community. “We want to log into our tenant and concurrently be connected to the teams where we are guests.”

“I work with a lot of customers, so am guests on their tenants. I cheat and run a chrome web app for each of the guest tenants, so I can be signed into multiple tenants at the same time.

Zev Yanovich also recently reported an issue when adding new external members to a team. Email addresses are being converted to “Unknown”.

Another Teams forum member, Christine Stack posted in reply that she is having a similar issue:

“If I go to Outlook to add them to the Office 365 group they show that they are added in with their correct names.  I also used the Teams & Skype admin center to check to on them but they are not listed there as users, neither is my gmail account which is functioning as a guest in Teams but my Hotmail account is listed there as a guest Teams user.”

Since posting, Christine has confirmed that her issue has been remedied, but wasn’t entirely sure what the solution was.

You may also like: How to use Microsoft Teams with Cisco Webex Teams

The Microsoft tech community forum has been asking for this since 2016.

Whilst Microsoft Teams is set to have feature parity with Skype for Business, the heavy guest users are left feeling unproductive. Microsoft’s comment on this subject back in August 2018 was:

“This is still on the backlog. It is taking a fair amount of investigation to determine the best solution to the request”.

The lack of clarity over guest access even sees the query of “Can I add guests to my team? If so, how?” make the top 10 Microsoft Teams questions during the Microsoft Ignite tour.

Aya Tange, Product Marketing Manager at Microsoft, shares the top 10 and the answer to how to setup guest access on the Microsoft blog.

You may also like: Skype for Business to Microsoft Teams Auto-Upgrades: FAQ

Microsoft originally provided a guide to guest access. This demonstrates what you can and can’t do via Microsoft Teams guest mode.

As small businesses start to receive emails alerting them to an auto-upgrade from Skype for Business to Microsoft Teams, these guides will become more and more important to set expectations within your business.

When it comes to switching between Webex Teams tenants, Lorrisa Horton made a comment in the Cisco blog regarding the experience.

“We’ve built the solution in a way that surfaces all your spaces within a single interface. It’s simple to get anyone into your Webex Teams spaces. “

For this functionality to be enabled, you need to be paying for the standard Slack subscription.

Slack guest access is restricted, details are laid out on the Slack help area.

Once you’ve decided to turn on guest access and make the most of it, you still have to consider your users in other messaging apps like Slack or Cisco Webex Teams.

Guest access, whilst not perfect, solves the problem of messaging external contacts that have Microsoft Teams.

But, you are still in the predicament of messaging colleagues and external users that use Slack and Webex Teams.

This leaves you with X Microsoft Teams accounts. You then have however many Slack channels and Webex spaces still need to communicate with.

Rather than solving one problem but adding another app into your daily work schedule, there is a solution.

When you need to use more than just Microsoft Teams inside and outside your organization, Mio can provide messaging interoperability by connecting the platforms you use to communicate and collaborate.

You may also like: Upgrading to Microsoft Teams, but also have Slack users?

We are here to discuss your options. To learn how Mio can sync multiple messaging platforms, check out our video.